Natalie Bennett is the former leader of the Green Party of England, is now the party candidate for Sheffield, and is a long-time feminist. She has an academic background in agricultural science, Asian history and mass communications, and a particular interest in food security, bioabundance and the rights of vulnerable women.

On 7th February, she is going to be talking about why Britain needs green ideas more than ever right now. In this post she sheds some light on what to expect. 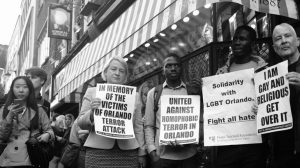 What’s the economy for? The Green answer is “people and communities”.

“Where you see the greatest commercialisation of agriculture, that’s often where you see the worst stunting of children.” These were the words of Jan Low from the CGIAR International Potato Center, winner of the World Food Prize, at a session of the climate talks in Bonn, from which I’m writing.

It’s a story we’ve heard again and again here – of how “development” and growth as traditionally pursued has produced truly dreadful effects, has blighted millions of lives.

At this same session, a rep from Practical Action asked: “Shouldn’t we be thinking of nutrition and health as the driver for agricultural policy, rather than profit?”

Shouldn’t that be obvious?

That question lies at the heart of what I’ll be talking about on November 29, about how Greens begin with the fundamental questions – and offer solutions for them.

What is the economy for? We’re often told that governments can’t pursue decent, humane policies because “the economy” or “the markets” won’t stand for it.

But the economy should exist to provide a stable, secure life for people.

And that’s something that our current approach that’s dominated for decades – you might call it neoliberalism or neo-Thatcherism – all of us as slaves to chasing after an increase in the Gross Domestic Product – has demonstrably failed to achieve.

We don’t have food security now in Britain because millions aren’t sure that they’ll have the cash to buy it. Low wages, zero-hours contracts, high rents and benefit sanctions are leaving many penniless, and many more on the edge of penury.

A universal basic income would provide the security that’s currently lacking, to provide a foundation of certainty on which people could build their life. Ensuring everyone had a warm, comfortable, genuinely affordable home is another essential pillar. As is a stable climate. With one degree of warming, we’re already seeing the effects – Lancaster is one example of that – more than 1.5 degrees gets exponentially worse.

On food security, there’s another problem on the horizon, which is of supply. That’s not a problem now: more than 800 million (and rising) people regularly go hungry not because there’s a shortage of food, but because they can’t buy access to it.

As the global population continues to rise, however, and if we allow the massive degradation of soils by industrial agriculture to continue, by 2050 they’ll only be a quarter of the land available to feed each person that there was in 1960. Supplies risk running short.

Which is something we need to think about hard in Britain. Currently, we only produce about 60% of our own food. And of course, we produce very few of the manufactured goods we use.

For future security, we need to grow more of our own food – and a good way to do that would be to develop smallholdings on the edge of cities – the ring of market gardens that we used to have. OrganicLea is one example of such an enterprise in London.

I once had a Twitter debate with someone who said in clear tones of horror: you want more people to work in the fields?

Well yes, I’d like more _jobs_ in agriculture, not the backbreaking, exploitative jobs of industrial agriculture, where you can spend from dawn to dusk bending over the same crop, frantically trying to meet a sudden supermarket demand, but the varied, outdoor work that this kind of enterprise offers.

Jobs generally are a good thing – as are opportunities for far more small businesses and cooperatives. All those market gardens will need not just field workers, but accountants and lawyers, markets and distribution people.

And also with manufacturing – if we make many of the basics we need such as furniture and clothing locally, then money is circulating, which is what makes money useful. Deposited in tax havens, it is of little use, even to the people who own it.

So a foundational Green idea is strong local economies – thriving cities, towns and villages right across the UK, and the world, which is certainly not what we’ve got now.

We’re trashing the planet and creating miserable societies. What we can, and must do, is live within the boundaries of this one fragile planet – and in making that change, we can also create a better life for all.

Natalie is in Bonn with the Green Economics Institute.