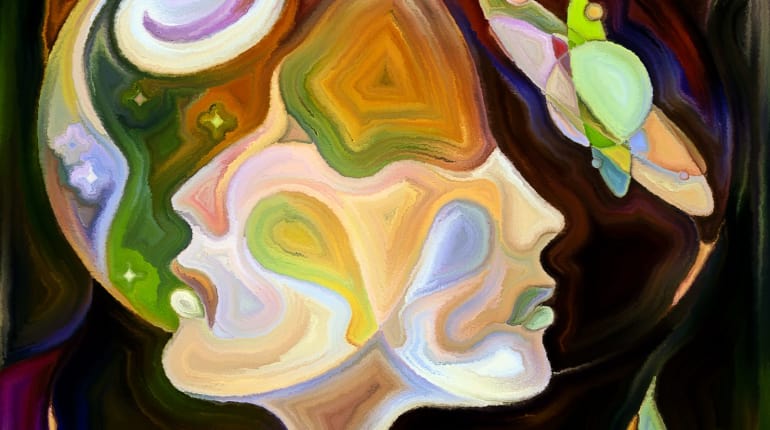 This is a guest article by Dr. Steve Taylor. Steve Taylor PhD is a senior lecturer in psychology at Leeds Beckett University, and the author of several best-selling books on psychology and spirituality. For the last six years he has been included in Watkins Mind, Body, Spirit magazine’s list of the ‘100 most spiritually influential living people.’ His books include Waking From Sleep, The Fall, Out of the Darkness, Back to Sanity, and his latest book The Leap published by Eckhart Tolle who has described his work as ‘an important contribution to the shift in consciousness which is happening on our planet at present. (www.stevenmtaylor.com).If you would like to hear more. Book your tickets to his next talk with this link.

Why Science Needs Spirituality To Make Sense of the World

As an academic – a researcher and senior lecturer at a university in the UK – people are often surprised by my unorthodox views on the nature of life, and of the world. For example, when I mention to colleagues that I believe in some form of life after death and in paranormal phenomena such as telepathy or precognition, and that I’m doubtful about the conventional Neo-Darwinist view of evolution, they look at me as if I’ve told them I’m going to give up academia and become a professional footballer. It’s taken for granted that intellectuals and academics don’t entertain such unusual views. People are even more confused when I tell them that I’m not in the least bit religious. ‘Have can you believe in life after death without being religious?’ they wonder. ‘How can you be doubtful about Darwinism without being religious?’

But it is very possible to be intellectual and rational while accepting the existence of seemingly ‘irrational’ phenomena. In fact, in my view it is much more rational to be open to such perspectives.

Our culture is in thrall to a particular paradigm or belief system which in its own way is just as dogmatic and irrational as a religious paradigm. This is the belief system of materialism, which holds that matter is the primary reality of the universe, and that anything that appears to be non-physical – such as the mind, our thoughts, consciousness, or even life itself – is physical in origin, or can be explained in physical terms.

It’s often assumed that we only have two choices in how we see the world: a “scientific” materialist view or a religious one. Either you believe in heaven and hell, or you believe that there is no life after death. Either God created all life forms, or they evolved accidentally through random mutations and natural selection. But there is a third alternative worldview: a spiritual approach that suggests that the essence of reality (which is also the essence of our being) is a quality which might be called spirit, or consciousness. This quality is fundamental and universal; it is everywhere and in all things. It is not unlike gravity or mass, in that it was embedded into the universe right from the beginning of time, and is still present in everything. It may even have existed before the universe, and the universe can be seen as an emanation or manifestation of it.

Spirituality isn’t often thought of in an ‘explanatory’ context. Most people believe that it’s the role of science to explain how the world works. But the simple notion that that there is a fundamental spirit or consciousness which is ever-present and in everything has great explanatory power.

In fact, this is the main reason why I think this approach is so valid. There are many phenomena and issues that don’t make sense from a materialist perspective, but which can be easy explained from a spiritual point of view. Conventional science can’t explain where consciousness comes from. It can’t explain the powerful effect that mental intentions and beliefs can have on the body (as illustrated by the placebo effect and the healing and pain-numbing effects of hypnosis). It can’t account for the extreme flexibility of the human brain. It can’t account for altruism, except to explain it away as a kind of mistake.

But as I show in my new book Spiritual Science, all of these phenomena make sense in spiritual terms. For example, our own individual consciousness can be explained as an “influx” of the fundamental consciousness of the universe, facilitated by the brain. Altruism can be explained as the result of the fundamental interconnectedness of human beings, which allows us to sense each other’s pain and suffering and respond to it.

In this way, the best way to explain the world is not through science or spirituality alone, but through an approach which combines them both.

If you would like to hear more from Dr. Steve Taylor, you can book your tickets to his next talk with this link.