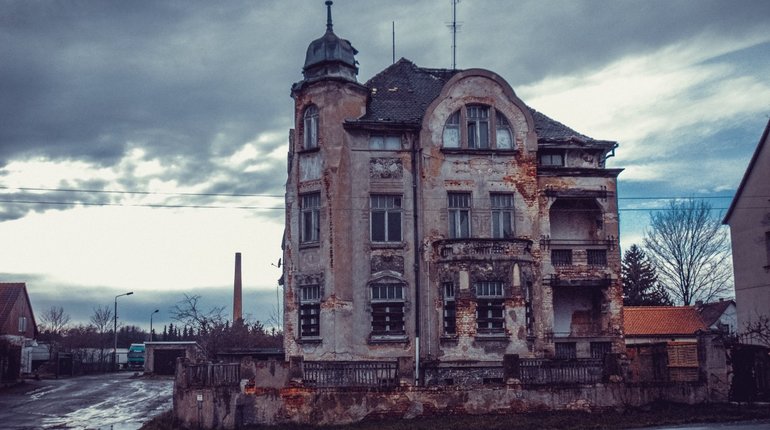 This is a guest article by David Bramwell. David is co-host of the Odditorium Podcast, author of the No9 Bus to Utopia. He is a regular presenter for BBC Radio 3 and Radio 4 documentaries on subjects ranging from Ivor Cutler to time travel. If you would like to hear more. Book your tickets to his next talk with this link.
During the Second World War, as part of the UK’s defence against a possible invasion from Germany, a number of sea forts were built off the east coast in international waters. Amongst these were the Maunsell Naval Sea Forts, six miles off the Suffolk coast. These artificial islands, each an area of 550 square metres, were  once inhabited by hundreds of naval personnel but were finally abandoned in 1956. They remained, four silent metal ghost villages, just visible to the naked eye from the ports of Harwich and Ispwich.
By the mid 1960s, the explosion in pop music and counter culture in the UK had seen a rising demand for pop music on the radio. The BBC however, had exclusive rights to the airwaves and lacked, as one critic put it, ‘decent music or palatable presenters’. In respond to public demand, and in what could best be described as an early form of hacking, several of the UK’s abandoned sea forts were squatted and turned into pirate radio stations, broadcasting round the clock pop music.
These ‘buccaneers of the airwaves’ could however, piratical in the traditional sense too. Rivalry between stations led to clashes, violence and, in one instance, one broadcaster being killed over an argument about a transmitter.
Of the four Maunsell sea forts, Rough Towers, was the only one occupied by a pirate radio station. After a skirmish however, its occupiers were forcibly evicted by a competing pirate radio station led by Roy Bates, his family and several armed friends. Bates continued to defend the fort with guns and petrol bombs, despite an order to surrender by the British authorities and, on September 2nd, 1967, declared himself ‘Prince Roy of Sealand’ and his wife ‘Princess Joan’ (It was her birthday that day and she said it was the best birthday present she’d ever had). After a court case eventually ruled that as Roy was outside of England’s legally controlled area, he was free to do what he wanted. The government, worried by the implications of this, immediately destroyed the remaining Maunsell towers for fear of other micronations springing up.  By 1975 Sealand had a flag, a national anthem, postage stamps, currency, and passports. Anyone uninvited who entered its exclusion zone was shot at.  There were at any one time, a dozen or so people living there. While life aboard can’t have been particularly comfortable, they were only ever a short helicopter or boat ride back to the mainland.
In 1978 Roy was lured from Sealand to Austria for a meeting with Alexander Achenbach a German business who claimed to be interested in turning Sealand into a casino; it was a scam. With Roy safely off Sealand, Achenbach landed by helicopter with his lawyer and associates, locked up Roy’s son Michael for three days without food and water then effectively made him walk the plank by putting him out to sea on a boat. When Roy got news of what had happened he returned with armed assistants, evicted the intruders and kept Achenbach’ lawyer as hostage. The lawyer was sentenced for treason (by Roy) and given life sentence on Sealand. After six weeks of the lawyer’s imprisonment, Germany, recognising a diplomatic crisis, had to send a diplomat to secure his release. Had Sealand chosen to execute the lawyer, they would be been answerable to no laws other than their own.
So why was Sealand so desirable? Roy Bates cleverly turned the accident of statehood into his core business. Sealand has, to date, issued over 150,000 passports. They offer aristocratic titles of Lord, Lady or Baroness of Sealand for a very reasonable £30 and since the turn of the millennium  have leased their country to HavenCo Limited, which offers “unparalleled security and independence to users who wish to take advantage of its Internet services.” Sealand continues to attract the interests of those seeking sanctuary from the law, including WikiLeaks, who considered moving its servers to the principality. And, appropriately enough, Pirate Bay.
In 1987, in accordance with changes in international laws, Britain extended its territorial waters from 3 to 12 nautical miles which meant that Sealand could be claimed as being in British waters. In response, however Sealand extended its own territorial waters the same distance claiming that, if Britain owned Sealand, Sealand, in turn, now owned the towns of Felixstowe and Harwich.
Sealand’s original royalty no longer reside at Sealand. Roy Bates retired to the mainland in the early noughties and died in 2012. He son and heir, Michael is now Prince of Sealand. Nowadays its population rarely exceeds five.
Despite still not being officially recognised as an independent principality, Sealand no attempts have ever been made by the UK authorities to claim Sealand back. It remains, an anomaly in the North Sea. A tenacious band of pirates. Should you fancy visiting, it’s best not to turn up unannounced. Shots are still fired at vessels who enter Sealand’s extended exclusion zone. And if you have been lucky enough to be invited, don’t forget your passport.
If you would like to hear more from David Bramwell, you can book your tickets to his next talk with this link.
Share this: