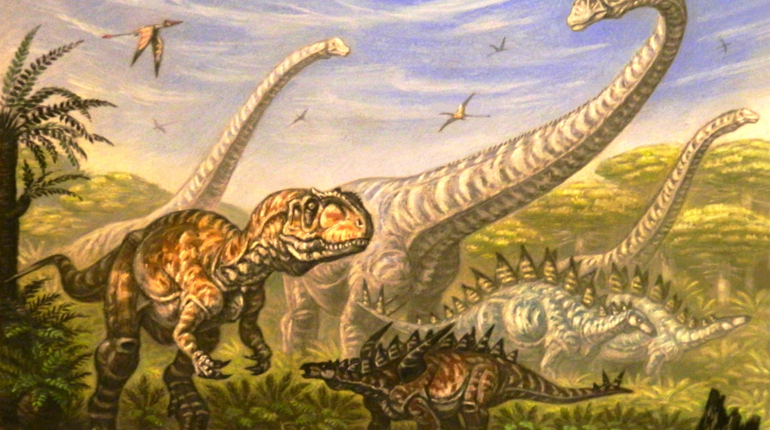 This is a guest article by Jon Tennant. Jon have a PhD at Imperial College London, where as a palaeontologist he studied the evolution of dinosaurs, crocodiles, and other animals. If you would like to hear more. Book your tickets to his next talk with this link

What if everything we know about dinosaurs is going to change?

In the last 20 years, there has been a renaissance in dinosaur research. As new geographical regions have opened up for exploration, this has inspired a new global wave of dino-discovery. Much of this was fuelled by the mid-1990s ‘Jurassic Park’ explosion. All of a sudden, public interest, and that of research funders, ignited, and everyone wanted to discover something new about these notorious animals.

Now, modern palaeontology is so much more than just digging up old fossils. There is still a very healthy amount of that happening, but now at every corner of the Earth, even in Antarctica. The pace of discovery of new dinosaurs is growing at an exponential rate, and combined with new research methods we have learned more in the last 10 years than we have in the century before.

Typically, most of what we have considered to be the ‘truth’ about dinosaurs comes from Europe and North America. This is where all the childhood favourites, like Triceratops, Stegosaurus, and Tyrannosaurus rex, come from. Now, findings from across Asia, Africa, and South America are helping to rewrite the text-books, and opening our eyes to a dazzling new world of dinosaur evolution.

Palaeontologists now use advanced techniques from medicine, biochemistry, engineering, and even particle physics, to add new dimensions to what we know about dinosaurs. Someone at some point made the decision that putting priceless fossils into a particle accelerator would be a good move for science. We are totally okay with that.

We now know that all modern birds descended from dinosaurian ancestors, and have thousands of spectacular fossils from across the world to ‘fill in the gaps’. Evolutionarily speaking, this means that penguins, ostriches, owls, and even pigeons are living, breathing dinosaurs. Humans still live in a world very much dominated by dinosaurs.

Even 150 million years ago, the ancestors of birds were evolving feathers and adapting to the skies. Using state-of-the-art analytical methods, researchers can even work out the colour of these feathered dinosaurs, and provide molecular-level evidence into the evolution of flight.

In the last few years, palaeontologists have discovered evidence for fossilised dinosaur blood, in places where they never even thought to look before. Other soft tissues, like muscle, protein fragments, and even blood vessels have all been discovered in fossilised remains of animals like Tyrannosaurus rex. While the jury is still out on some of these findings, with some researchers claiming them to be the remains of decayed organic matter, it still reveals that we have much to learn on a micro-scale about what really made a dinosaur.

However, for Jurassic Park fans, remains of a 99 million year old parasitic tick have been found entombed in amber, with parts of its last meal – a feathered dinosaur – preserved alongside. 10 years ago, we would have said this was impossible. Just like discovering dinosaur blood, or realising that every day we are all surrounded by dinosaurs.

In true John Hammond style, some palaeontologists are even trying to reverse engineer dinosaurs using the genomes of chickens. So far, they haven’t managed to breed raptors, but life, uhh, finds a way…

These new findings are constantly reshaping how we understand dinosaurs and their evolution. Given the rate of discovery, it is entirely possible that everything we know about dinosaurs now will be almost completely different in 10 years’ time.

If you would like to hear more from Jon, you can book your tickets to his next talk with this link.