On Saturday 18 June 2016, Sushi punters from Tokyo to L.A., London to New York, will be gorging on as much raw fish and futomaki as they can get their hands (or, more appropriately, chopsticks) on.

Originally dubbed as a healthy eating fetish, today Sushi is everywhere. You can’t walk down a street in London (or any major city in the world come to think of it) without finding some sort of Sushi offering – I mean, even Tesco, Sainsbury’s and Boots offer their (questionable) take on this Japanese street food.

Here at Funzing HQ, we think World Sushi Day is a great excuse to try somewhere new so we’ve put together 5 of our favourite London Sushi joints. From Sushi snobs, who won’t look at anything other than the classic rice + fish combo, to the “Fusionushi” fans who’ll only order rolls packed with 10 components, dipped in a gooey sauce and topped with colourful confetti – there’s something for everyone! 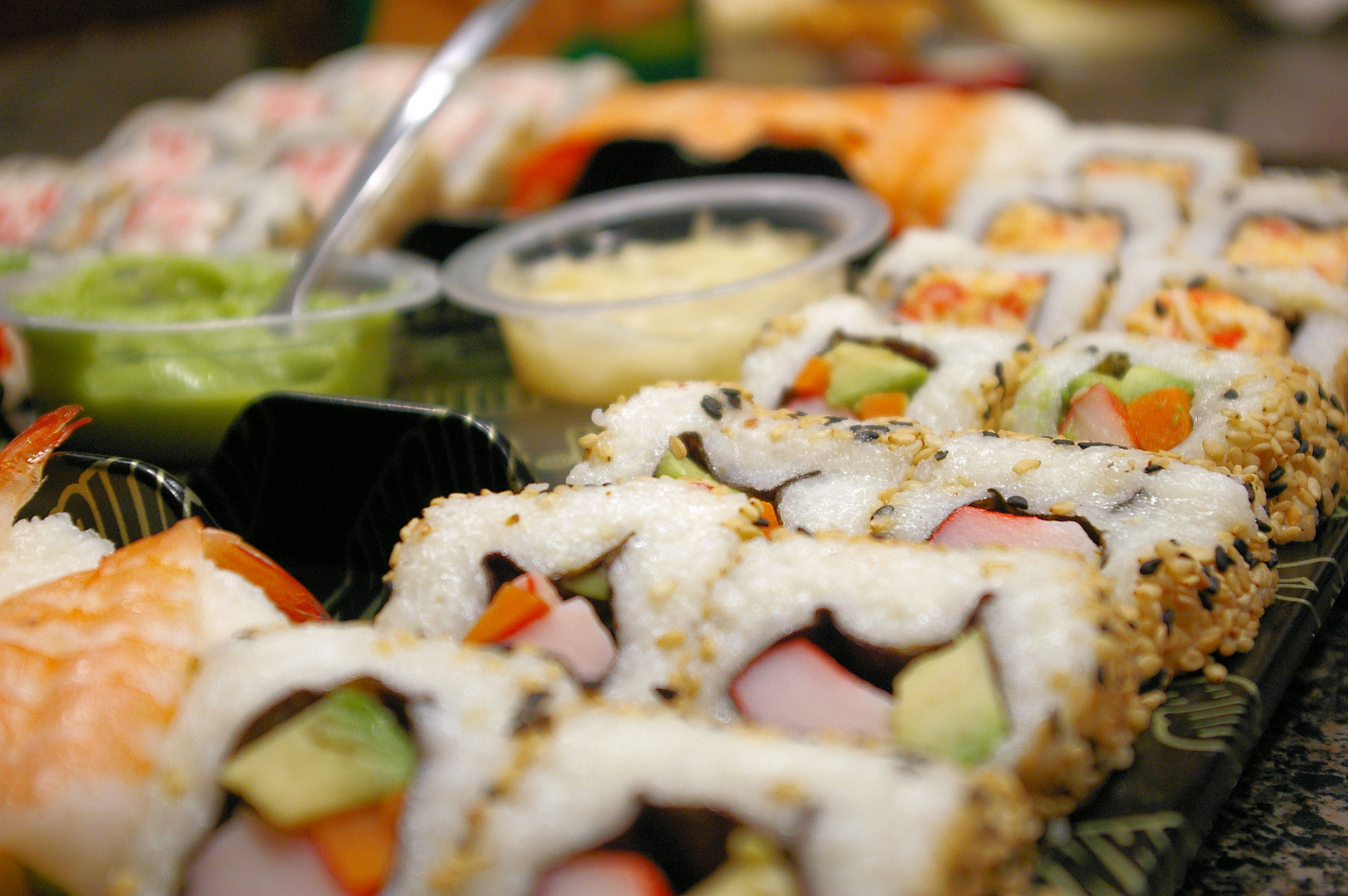 With a chain of restaurants and shops around London, including Swiss Cottage & Ealing Common, and a takeaway shop a stone’s throw from Selfridges, chances are you’ve come across this name. Atari-ya’s no-frills menus pretty much stick to the genuine sushi experience – plus there’s a range of other authentic and tasty Japanese dishes to sample. Since they also supply wholesale quality fish to the whole of Europe, you can be sure they’re on the money when it comes to freshness!

Our verdict: True to Tradition!

The sexy birthchild of British chef Jason and wife Irya Atherton and Alex Craciun, who spent a significant part of his cheffing life in Japan, Sosharu, an Izakaya (informal Japanese gastropub), is perfect for those wanting to try something special this ISD. Nestled in the heart of trendy Clerkenwell, the menu is a twist on traditional Japanese pub food inspired by the turning British seasons, served on small, beautifully designed plates. With the impeccable food (and prices which definitely put this in the “client expense/special occasion” bracket), the place itself retains a cool, laid back vibe. Plus, we mustn’t forget to mention 7 Tales, the basement cocktail bar which just screams late-night Tokyo (neon lights included).

Funzing’s Tip: World Sushi Day is also a great opportunity to get stuck in and learn how to make the perfect Sushi roll yourself. Perfect your rolling skills so you’ll be able to continue scoffing your face well after 18 June and throughout the rest of the year!

There’s a range of amazing Sushi Experiences on Funzing to choose from.

Check them out here: http://bit.ly/1UDrwPw

Aiming to bring you top quality sushi with takeaway price tags, this Sushi shop in Shoreditch was set up by 2 chefs who trained in some of London’s best Sushi restaurants. They promise to serve up Sushi made with only the freshest, quality ingredients, perfect to grab on your lunch break if you work in the City. And if you want to make it a shared experience, why not order one of their amazing, value for money platters? You won’t be disappointed.

Our verdict: Spread the Sushi love!

Japanese-Peruvian fusion is a concept now pretty well-established in the minds of Londoners. Peru’s national food has been influenced by Japanese immigration there and the emphasis both countries place on raw fish makes this marriage an obvious one. Mommis, in Clapham, is a late night hang out you can pop into with friends for some delicious cocktails. Whilst being a great bar, the food is also flavoursome and delicious and their fusion sushi totally unique (think Tempura Shrimp, Aji Panca Hand Roll, Japanese Mayo, Seasoned Sushi Rice). With their Sunday Sushi Sessions all you can eat (£19.5PP between 12-5), you’d be foolish not to give this one a try!

Our verdict – A Fabulous Fusion of Flavours!

This quirky gem in Vauxhall claims to be the only Sushi Restaurant-cum-Pop Art Gallery in the world. The concept was born out of the Italian owners’ love of Sushi, Italian wines and Pop/Street Art and their wish to combine all 3. There’s something very arty about Sushi itself, with its monochrome rice/seaweed plus vibrant blocks of fillings so actually, this combination really works! The place constantly receives 5 star reviews, was awarded a Good Food Award 2016 and has even played host to some celebrities (most recently Jay K, a.k.a. Jamiroquai). Take yourself outside the box!

Our verdict – A One of a Kind Experience! 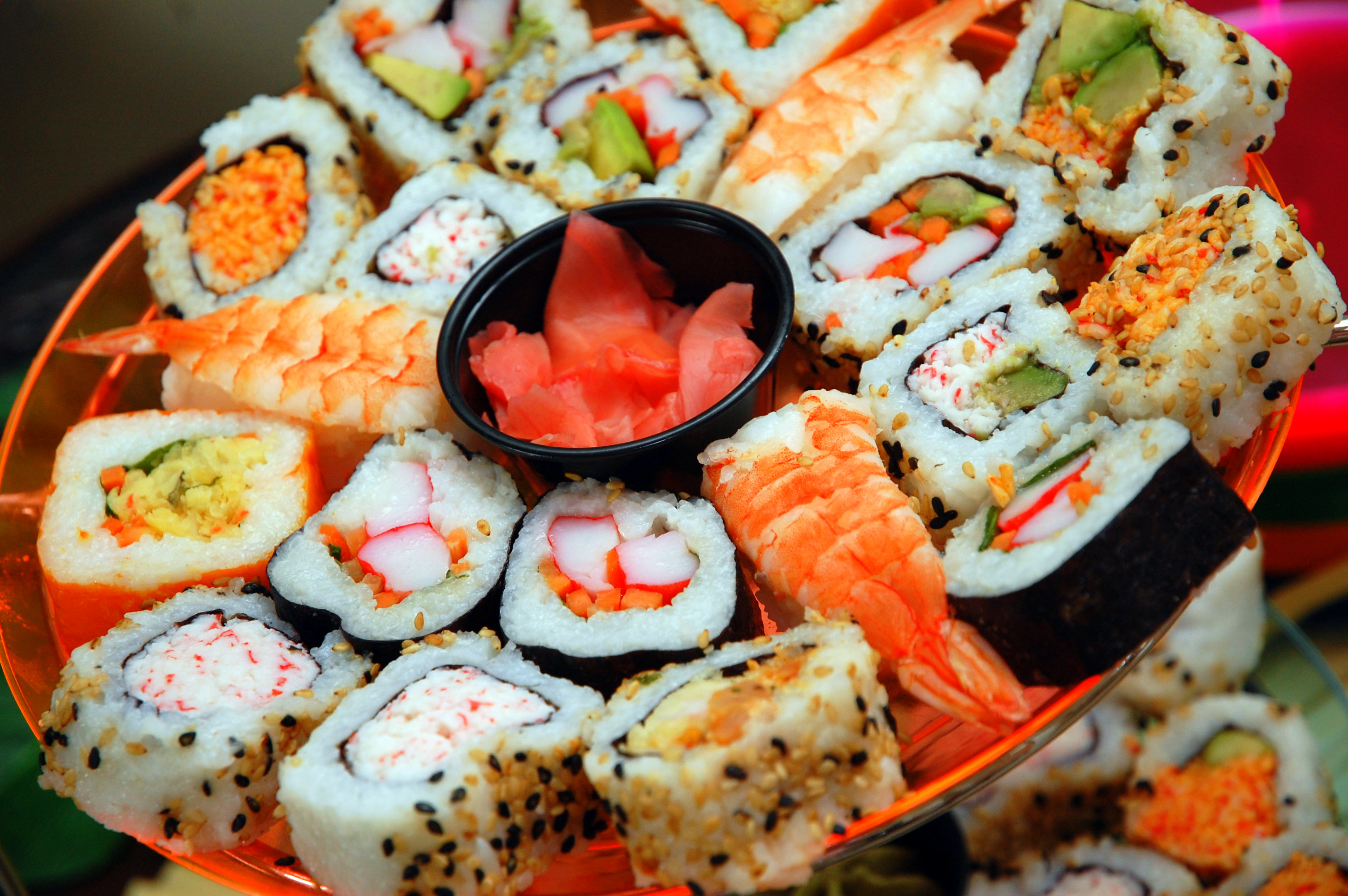